For love of the land »

For love of the land: a history of the National Association of Conservation Districts

Description
In the spring of 1935, the skies of New York and Washington, D.C., were darkened by windblown soils from farms of Texas and Oklahoma. Congressmen could taste the grit in their mouths as they listened to Hugh Hammond Bennett testify about the need for a national soil conservation program.

Conservation districts, local units of government designed to guide soil and water conservation work, led the action to get soil erosion under control. "For Love of the Land" tells the story of their founding, recounting how they built a national organization, the National Association of Conservation Districts (NACD), to represent them in the fight for a sound national conservation program.

"For Love of the Land" also describes the people whose bold ideas sparked the conservation movement. The characters are strong: Hugh Bennett, charismatic leader of the Soil Conservation Service; E. C. "Mac" McArthur, the dedicated first president of NACD from South Carolina who didn't see why World War II equipment shouldn't go to conservation districts; Water Davis, the burly Texas rancher who tackled conservation with the same energy that he used to organize his timber, cotton, cattle, and grain holdings.

Additionally, this book provides a track record of the accomplishments -- and the unfinished agenda -- of the conservation movement in this country. Keeping soil on the land, and out of our waters, is a goal everyone agrees upon. But how to get that job done is another matter. Should the federal government mandate erosion and pollution control standards? Who should set the priorities for resource conservation work? What happens when the goals of environmentalists conflict with the economic needs of farmers? Author R. Neil Sampson introduces us to the complex array of conservation programs that have grown as our national answer to those questions.

Woven into the texture of the book are the many quieter achievements of NACD: the founding and growth of its conservation awards programs, its weekly newsletter, "Ladies Auxiliary," and the programs that reach out to districts with needed services to get conservation on the land and protect the nation's waters.

This book provides an inside look at how the soil and water conservation programs and policies in the United States were developed, and why they work as they do.

About the Author R. Neil Sampson operates a natural resource consulting firm in Alexandria, Virginia. He was executive vice president of the National Association of Conservation Districts from 1978 to 1984. A native of Idaho, he has degrees in agronomy from the University of Idaho and public administration from Harvard University. He is the author of "Farmland or Wasteland: A Time to Choose" and "With One Voice: The National Association of Conservation Districts." He has also published dozens of book chapters, professional papers, and popular articles about natural resource concerns and policy issues. 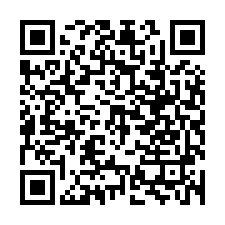